He has broad interests in American politics, with special interests in congressional politics, national policymaking, representation, accountability, and Social Security. The author of Congress and the Bureaucracy: A Theory of Influence (1979), The Logic of Congressional Action (1990), and Congress, the Press, and Political Accountability (2004), he also co-authored Issues in Privatizing Social Security (1999) and co-edited Framing the Social Security Debate: Values, Politics, and Economics (1998).

After joining Princeton’s faculty in 1977, he taught a wide range of courses for undergraduate, MPA, MPP, and Ph.D. students. He has also chaired the Department of Politics for five years, and directed the School’s MPA and Ph.D. programs, and the Department’s Ph.D. program, for twelve years. He transferred to emeritus status in 2019, after 42 years of active service.

He has been a research fellow at the Brookings Institution, a Guggenheim Fellow, a visiting scholar at the Russell Sage Foundation, a recipient of grants from the Ford, Dirksen, Earhart, and National Science Foundations, and the recipient of the Richard F. Fenno prize in legislative studies. He is an elected fellow of the American Academy of Arts and Sciences. Ph.D. Yale University (1977). 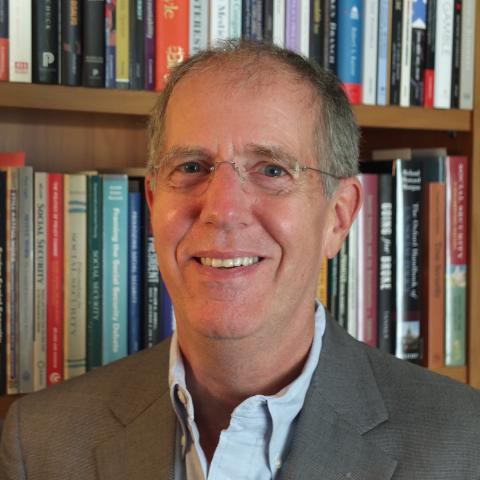