A scholar with diverse interests, Wantchekon has made substantive and methodological contributions to the fields of Political Economy, Economic History and Development Economics.

He has implemented pioneering studies on political institutions and governance, using field experiments with real politicians competing in real elections to investigate the effects of broad-based policy messages and deliberative campaign strategies on voting behavior and election outcomes. His current work along these lines applies the methodology of institutional experiments to study candidate selection in local elections, bureaucratic governance and the politics of education policies.

In “The Paradox of Warlord Democracy”, he introduced a novel philosophical approach to Political Economy, as he explored the conditions under which liberal democracies can arise from civil wars and expounded on the implications of this argument for classical political theory and contemporary social theory as they relate to democratization and authoritarianism.

In addition, Wantchekon’s research includes groundbreaking studies on the long-term effects of historical events. For example, his paper “Slave Trade and the Origins of Mistrust in Africa” (AER, 2011, co-authored with Nathan Nunn) links current differences in trust levels within Africa to the transatlantic and Indian Ocean slave trade, and is widely regarded as one of the foundational papers in the emerging field of cultural economics. Similarly, his “Critical Junctures” paper (co-authored with Omar Garcia Ponce) finds that levels of democracy in post-Cold War Africa can be traced back to the nature of its anti-colonial independence movements.

More recently, Wantchekon has developed a novel approach to study the effect of education on social mobility using historical micro-data from the first regional schools in late 19th century and early 20th century Benin. His research uncovers that the schools essentially functioned as natural experiments with a two-step hierarchical design creating arbitrary, but known, forms of spillovers.  He uses the data to estimate externalities in intergenerational social mobility that are driven by parental aspirations.  Wantchekon is currently applying this applied micro approach to social history in his studies of the origins of gender norms, demand for education, and ethnic/racial inequalities in Africa and the U.S.

His scholarship is shaped in part by his experiences as a left-wing pro-democracy student activist under a repressive military regime in his native country of Benin from 1976 to 1987. He reflects on this experience in his autobiography Rêver-a-Contre Courant (Dreaming Against the Current, Harmattan, 2012), which was reviewed by Nicolas Van De Walle for Foreign Affairs in 2013.

Wantchekon is a Fellow of the American Academy of Arts and Sciences, a Fellow of the Econometric Society and a member of the Executive Committee of the International Economic Association.

He is the Founder and President of the African School of Economics, which opened in Benin in 2014.

He previously served as professor at New York University and at Yale University, and he holds a PhD in Economics from Northwestern University.

For a full profile of Professor Wantchekon, please visit the IMF website for a Finance & Development article entitled “Ground Breaker.” 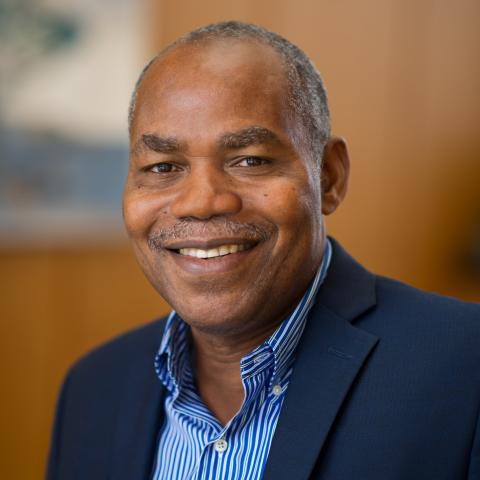 Leonard Wantchekon honored with a conference at Yale

CP Seminar: Political Institutions and Governance in the Developing World