G. John Ikenberry is the Albert G. Milbank Professor of Politics and International Affairs at Princeton University in the Department of Politics and the Princeton School of Public and International Affairs. He is also Co-Director of Princeton’s Center for International Security Studies. Ikenberry is also a Global Eminence Scholar at Kyung Hee University in Seoul, Korea. In 2013-2014 Ikenberry was the 72nd Eastman Visiting Professor at Balliol College, Oxford. Ikenberry is a Fellow of the American Academy of Arts and Sciences. In a recent survey of international relations scholars, Ikenberry was ranked in the top 10 scholars who have produced the best work in the field of IR in the past 20 years, and ranked in the top 8 in scholars who have produced the most interesting work in the past 5 years.

Professor Ikenberry is the author of seven books, including Liberal Leviathan: The Origins, Crisis, and Transformation of the American System (Princeton, 2011). His book, After Victory: Institutions, Strategic Restraint, and the Rebuilding of Order after Major Wars (Princeton, 2001), won the 2002 Schroeder-Jervis Award presented by the American Political Science Association for the best book in international history and politics. A collection of his essays, entitled Liberal Order and Imperial Ambition: American Power and International Order (Policy) appeared in 2006. Ikenberry is also co-author of Crisis of American Foreign Policy: Wilsonianism in the 21st Century (Princeton 2009), which explores the Wilsonian legacy in contemporary American foreign policy. Ikenberry has also the editor or co-editor of fourteen books, including America Unrivaled: The Future of the Balance of Power (Cornell, 2002), The End of the West? Crisis and Change in Atlantic Order (Cornell 2008) and Unipolarity and International Relations Theory (Cambridge, 2011). Ikenberry has authored 130 journal articles, essays, and book chapters.

Professor Ikenberry is the co-director of the Princeton Project on National Security, and he is the co-author, along with Anne-Marie Slaughter, of the final report, Forging a World of Liberty Under Law. Among his many activities, Professor Ikenberry served as a member of the Policy Planning Staff in 1991-92, as a member of an advisory group at the State Department in 2003-04, and as a member of the Council on Foreign Relations Task Force on U.S.-European relations, the so-called Kissinger-Summers commission. He is also a reviewer of books on political and legal affairs for Foreign Affairs.

After Victory: Institutions, Strategic Restraint, and the Rebuilding of Order after Major Wars (Princeton: Princeton University Press, 2001). [Winner of the Robert L. Jervis and Paul W. Schroeder Prize for the best book on international history and politics published in 2000 and 2001.] [Translated into Italian, Japanese, and Chinese.] [Second edition – with a new Preface, 2019]

Introduction and internal chapter. The Troubled Triangle: Japan, the United States, and China: The Duality between Security and Economy (New York: Palgrave, 2013), co-edited with Takashi Inoguchi.

The End of the West? Crisis and Change in Atlantic Order (Ithaca: Cornell University Press, 2008).

Author of the Introduction. The Uses of Institutions: U.S., Japan, and the Governance of East Asia, co-edited with Takashi Inoguchi (New York: Palgrave, 2006).

Author of the introduction. The Nation State in Question, co-edited with T.V. Paul and John A. Hall (Princeton: Princeton University Press, 2003).

American Unrivaled: The Future of the Balance of Power (Ithaca: Cornell University Press, 2002). [Translated in Italian and Chinese.]

““Reflections on After Victory,” special issue of British Journal of Politics and International Affairs (Fall 2018). [Collection of essays that reconsider the arguments and significance of After Victory.]

“From Hegemony to the Balance of Power: The Rise of China and American Grand Strategy in East Asia,” International Journal of Korean Unification Studies, Vol. 23, No. 2 (2015).

“Introduction,” International Relations of the Asia Pacific (September 2010), Vol. 10, No. 3. 10th Anniversary Special Issue on “A Post-American East Asia? Networks of Currency and Alliance in a Changing Regional Context,” with co-editor Takashi Inoguchi. 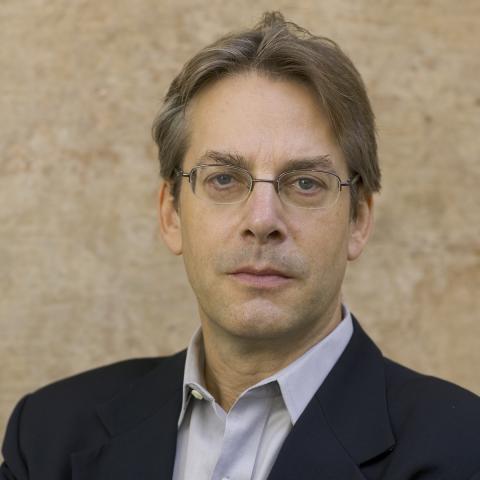