Ambassador Gutmann assumed her position as the U.S. Ambassador to Germany in February 2022. She was previously the University of Pennsylvania’s longest serving President from 2004-2022. She was appointed in 2009 by President Obama to chair the Presidential Commission for the Study of Bioethical Issues, a role she held for seven years.

Dr. Gutmann has championed life-transforming access to education along with innovative research leading to life-saving discoveries. She also has published widely on the practical value and the ethics of constitutional democracy, education, health care, and human rights. Her 17th book, co-authored with Jonathan Moreno, is on bioethics with an Afterword on “Pandemic Ethics” (2020).

Named by Fortune magazine in 2018 as one of the “World’s 50 Greatest Leaders,” Dr. Gutmann also has been honored with the Harvard University Centennial Medal (2003), the Carnegie Corporation Academic Leadership Award (2009), was named one of the “150 Women Who Shake the World” by Newsweek (2011), and received the Anti-Defamation League’s Americanism Award (2014), the Urban Affairs Coalition’s Doer Award (2015), the Lucretia Mott Award from Women’s Way (2017), the Philadelphia Chamber of Commerce’s William Penn Award (2018), the Philadelphia Inquirer Industry Icon Award (2018), and the Pennsylvania Society’s Gold Medal (2019).

Prior to her appointment at Penn, Dr. Gutmann served as Provost at Princeton University, where she was also the Laurance S. Rockefeller University Professor of Politics. She was Founding Director of the University Center for Human Values, a multidisciplinary center for teaching, scholarship, and public discussion of ethics and human values. At Princeton, she also served as Dean of the Faculty and was awarded the President’s Distinguished Teaching Award. 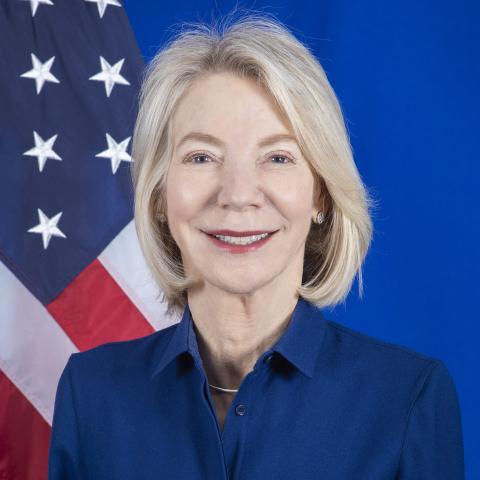 Amy Gutmann to become next US ambassador to Germany