The George Kateb Preceptor Award was first given in 2011 and is named in honor of George Kateb, William Nelson Cromwell Professor of Politics, Emeritus. This award is given annually to recognize the best graduate student preceptors in the Department of Politics. Kateb is a political theorist who has made significant contributions to liberal political theory. He joined the Princeton faculty in 1987 and retired from teaching in 2002. Kateb received the Behrman Award for Distinguished Achievement in the Humanities from the University and the Stanley Kelley, Jr. Award from the Department.

In 2021 the award was given to Gabriel Borelli, Sam Winter-Levy, Esther Robinson, and William Schulz. 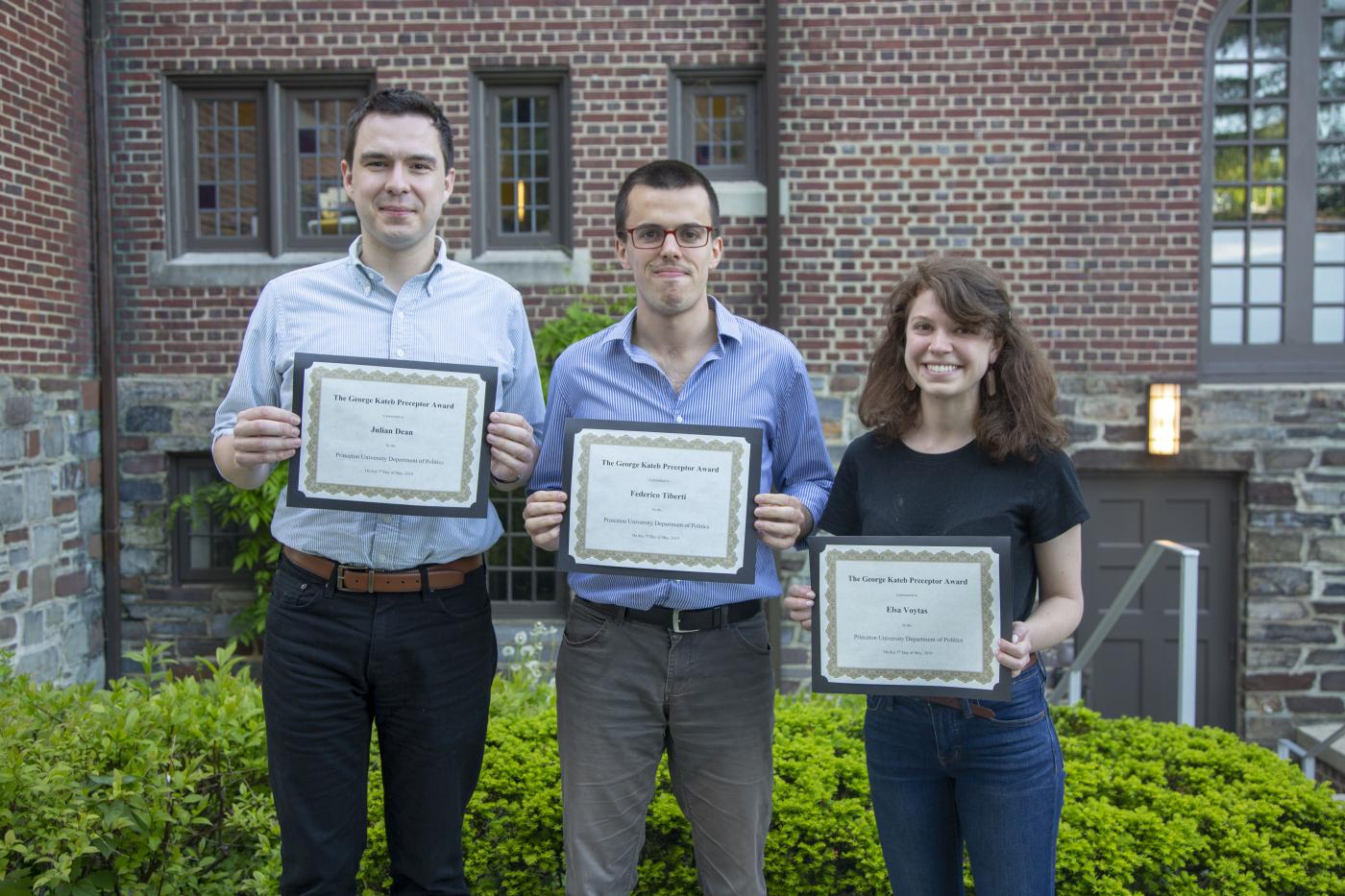