Megan Brand is a PhD candidate in international relations and comparative public law. She researches the legal and strategic development of the international refugee regime in the U.S., Middle East, and Europe. Her dissertation is on the formation of refugee agreements and the constitutional politics of such agreements by foreign policy leaders. She is broadly interested in designs of international organizations; comparative constitutionalism; and conceptions and applications of law that mediate between citizen and stranger within varied boundaries of state sovereignty.

Her research has been supported by the Bobst Center for Peace and Justice and the Center for the Study of Religion, where she is a graduate fellow in Religion and Public Life. As a Marshall Scholar, she received an MSc in Forced Migration from the University of Oxford and an MSc in Middle East Politics from the School of Oriental and African Studies. Her B.S. in Economics and B.A. in Political Science are from Arizona State University. 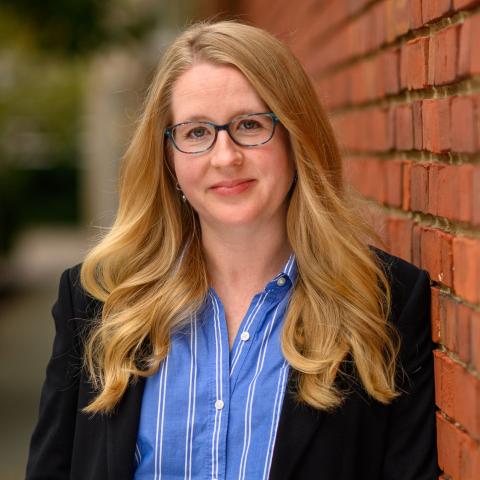