Kiara Hernandez is a Predoctoral Research Specialist through the Emerging Scholars in Political Science program in the Department of Politics. She graduated with a BA in International Relations and German, Cum Laude, from the University of Pennsylvania in 2018. Her International Relations senior thesis project, “Mirror, Mirror On The Wall, Who Is The Most Civil of Them All? Reflections on State Identity as a Function of Migration Policy: A Comparative Case Study of Germany and France,” explored the relationship between state identity and asylum policy during the Kosovo Conflict and Syrian Refugee Crisis in Germany and France. Her German senior thesis project, “From Prussian Patriotismus to German Gemeinschaft: New Perspectives on Immigration and Membership,” drew parallels between the far-right political movement in present-day Germany and the development of nationalism and patriotism during the Napoleonic Occupation of Prussia.

As an undergraduate, she was a student fellow with the Penn Program on Opinion Research and Election Studies, through which she worked with Professor Michael Jones-Correa. She also held an internship at the Foreign Policy Research Institute, where she was a research assistant to Professor Sarah Bush. Currently, she is working with Professor Ali Valenzuela on a large-n national panel survey exploring the effects of anti-immigration rhetoric on U.S. public attitudes. Her research interests include immigration; inequality; race and ethnicity; Latino politics; political behavior; and experimental methods. 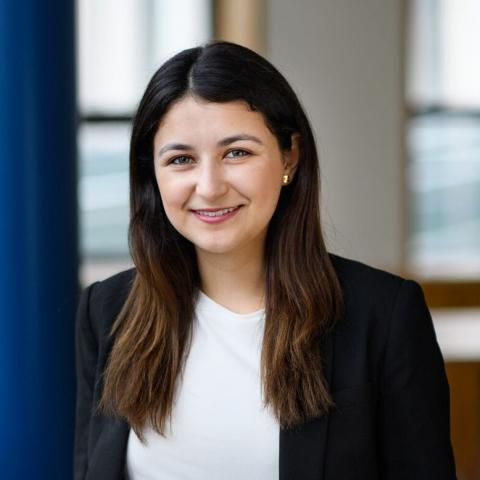