Christine Marie Slaughter is a Postdoctoral Research Associate in the Department of Politics at Princeton University and is jointly appointed in the Center for the Study of Democratic Politics in the School of Public and International Affairs. Most recently, she was a UC Presidential Postdoctoral Fellow at the University of California, Irvine in 2021.  In fall 2022, she will be an assistant professor of political science at Boston University. She received her Ph.D. in political science from the University of California, Los Angeles.

Dr. Slaughter’s research has been supported by the Ford Foundation Dissertation Fellowship (2020), Institute of American Cultures and the Ralph J. Bunche Center for African American Studies at UCLA (2020), and the APSA/National Science Foundation Dissertation Development and Improvement Grant (2020). She was previously awarded the Ford Foundation Pre-Doctoral Fellowship (2016) and the American Political Science Association Minority Fellowship (2016).  She is the recipient of the 2019 Best Poster on Social Inequality from the APSA Class & Inequality Section Poster Session.

Her research has been published or is forthcoming in the Journal of Health Politics, Policy, and Law, PS: Politics and Political Science, and PHILLIS: The Journal for Research on African American Women (PHILLIS). In addition, she contributed a chapter on Intersectionality to the Oxford Handbook of Political Participation forthcoming in 2022. 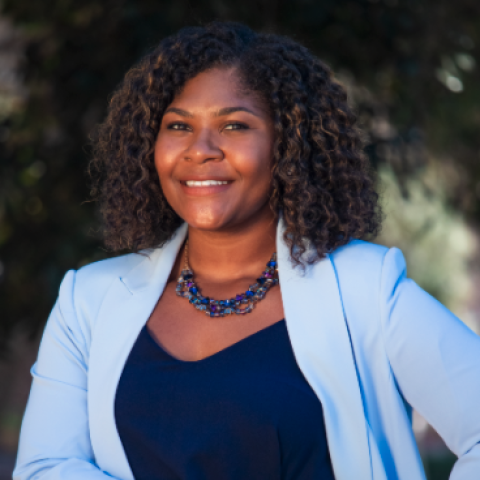