Chaya is a PhD candidate in the Politics Department at Princeton University. She is also receiving a certificate in Gender and Sexuality Studies and African American Studies. Chaya received her BA and MA in Political Science from Columbia University. Chaya was a John Kluge Scholar at Columbia University.

She currently serves as the co-chair of Princeton Women in Political Science. At Princeton, Chaya studies race, gender and sexuality in American politics. Chaya’s academic interests are fueled by a desire to apply an intersectional lens to explore the challenges facing contemporary Black Americans and to better understand the multiple, unique ways that African Americans respond to these challenges through protests and social media.

Chaya Crowder is a 2015 recipient of the American Political Science Association Minority Fellowship and has been selected as an awardee in the Ford Foundation 2016 Predoctoral Fellowship Competition. Chaya was also awarded the 2018 Bayard Rustin Best Graduate LGBT Paper Award from the National Conference of Black Political Scientists.

Chaya was born in the Bay Area and raised in Sacramento, California.

Crowder, Chaya Y. and Dara Strolovitch. "Naming Rites for Naming Wrongs: What We Talk about When We Talk about Woodrow Wilson."Perspectives on Politics 14.03 (2016): 770-775. 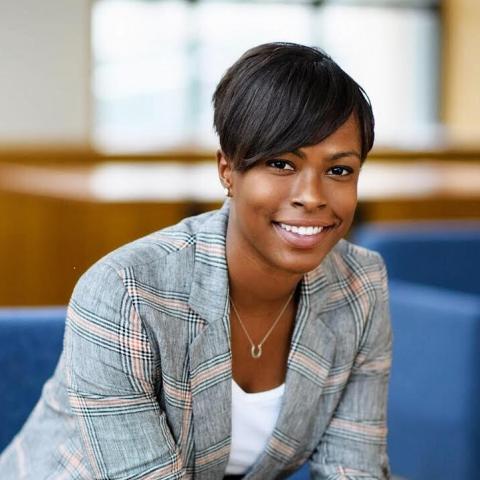